This Dinner Will Get You Laid – The joys of dating handsome Spaniards, and a plate of Paella 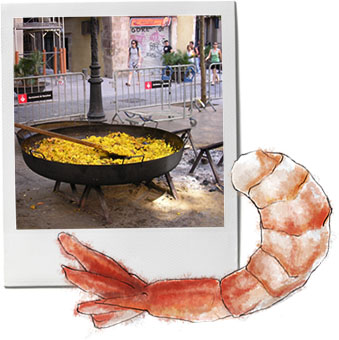 Sara is officially Dating â€“ not dating any one particular guy, but just generally dating.

“Whoever I like, whatever fits in with my schedule. Not just one person. Not necessarily looking for Mr Right – clearly, not kicking him to the kerb if I find him, but just having some fun.”

This is something that she has never done before.Â Why not?

Having played telephone tag and been out a couple of times with Sean (the guy from the office on aÂ differentÂ floor) since Christmas, sheâ€™d been waiting for things to get more serious, to progress like Super Mario to the next level. And they never did. Eventually it dawned on her; this was not a relationship. This was casual dating. That’s all it was.

This philosophical realization may or may not have had anything to do with the fact that she met a handsome Spanish guy while waiting at the bar for our friendâ€™s birthday dinner at Balthazar (it was awesome â€“ best French fries ever! If you can think of better ones though, let me know – happy to test them out.)

Numbers were exchanged. They met for drinks. And thenÂ cheesecake and a movie, then he invited her for dinner on his roof. It was all so perfect that she might have been fooled into thinking that this was the beginning of a relationship, had he not been perfectly clear that he was moving back to Barcelona in August. So this was dating. (Did I mention that he was exceedingly handsome?) And it was going swimmingly.

He cooked paella. It was the only think he could cook, he said. And they sat on the roof at a rickety table next to chimney vents and ventilator fan outlets as the sun set. He lit a citronella candle. They ate chunks of chocolate dipped in â€œSome kind of awesome sweet liquorâ€.Â Overall, SaraÂ was pleased sheâ€™d made the effort earlier and selected La Senza. In short it was a proper date.

Paella, like risotto, is a good date food. Itâ€™s simple to make, and, unlike risotto, bakes in the oven, requiring little attention from the cook. Â It’s rustic food, but it seems much fancier â€“ far fancier than the sum of its parts. And both dishes harken to the romantic heritage of their countries of origin â€“ Italian romance and Spanish passion – which is no bad thing. 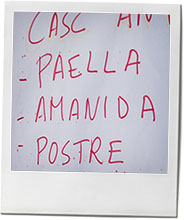 Jon and I once went for a romantic getaway to Barcelona â€“ he was at a conference, I was mostly hanging out by the pool, shoppingÂ and eating pastries in coffee shops. It was a hot summerâ€™s night so we decided to go for a walk on the beach and have dinner somewhere near the sea. That was as complex as the plan got. As we neared the shore it became apparent that something was Going On. Either some kind of gun fight or … fireworks. In honor of St Joan. Not the kind of organized everybody look at the fireworks from a distance fireworks, oh no. Kids were launching rockets on the beach and chucking fire crackers around with wild abandon.

From the sanctuary of our restaurant (under an awning) we ate paella, and watched the joyful carnage illuminated by flashes and bangs of green and blue and silver stars. It was a damn fine date. 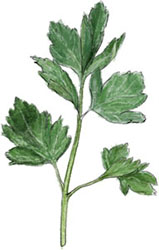 2 cups of chicken stock
4 chicken thighs
4 large shrimp
4 oz chorizo sausage
1 onion
2 large cloves of garlic
1 tsp tomato paste
Â½ tsp saffron (if you don’t have saffron, which is a shame, because it’s a great flavor, use a pinch of tumeric to give a lovely yellow color)
1 Â¼ cup arborio rice (or other short grain rice â€“ canaroli is good, calasparra is traditional)
1 handful fresh parsley

This entry was posted in This Dinner Will Get You Laid and tagged Barcelona, chicken, dating, fireworks, handsome men, paella, rooftop dining, Sara, shrimp, Spanish, vegetarian. Bookmark the permalink.

7 Responses to This Dinner Will Get You Laid – The joys of dating handsome Spaniards, and a plate of Paella