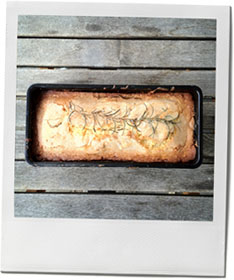 Iâ€™ve written before about the tradition whereby people go to the local graveyard and quietly clean the headstones and light candles to remember the dead, starting with the family graves, then moving on to graves around, making sure every single one has a candle. At dusk, the place is a fairyland of red and orange light.

Itâ€™s easy to feel disconnected from the lines of our families. We lead lives that take us far from home, far from what our grandparents and great grandparents would recognize as home. And especially here in New York where the present is felt so strongly that the past seems almost an impossibility, itâ€™s a welcome prompt to stop for a moment and reflect and remember. 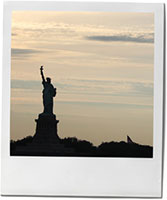 When my grandfather was a boy, the majority of his brothers and sisters set sail from Liverpool to come to America â€“ 8 or 9 of them, I think. We donâ€™t know what happened to most of them. One brother settled in Atlanta and ran a coffin business. I sometimes wonder how they must have felt sailing into New York, past the Statue of Liberty. What the city must have looked like then. What it must have looked like then to them.

Jonâ€™s ancestors are more traceable and, dare I say it, more illustrious. â€œMy great uncle invented Creamola Foam. Itâ€™s awesome. Itâ€™s a kind of drink. It comes in a pot, then you pour it into a glass and top it up with water and it foams. It comes in two flavors, pink and yellow, and itâ€™s amazing.â€

â€œYour ancestor invented that? You must be very proud.â€ 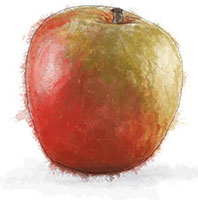 I discovered this cake in Nigella Lawsonâ€™s book Feast, and I love it for its autumnal flavor of apples and rosemary, as well as for its simple beauty. Iâ€™ve converted it into cups because itâ€™s a pretty easy-going cake and itâ€™s easier to make it that way. Otherwise, I havenâ€™t changed a thing.

You make this cake in two steps. Firstly, an apple sauce flavored with rosemary. Itâ€™s not hard to do, but if you really want to skip it, you could use 3 – 4 tbsp of apple sauce (though thatâ€™s not sanctioned by Nigella). Next, you puree the sauce in a blender and add all the rest of the ingredients to form a batter. No creaming required â€“ itâ€™s a simple, honest sort of cake both in baking and in eating.

For the apple sauce 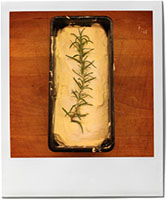 This entry was posted in Uncategorized and tagged All Souls, apple, cake, halloween, rosemary. Bookmark the permalink.