The emperor gets naked, and Grace coyly isn’t telling – with a side order of butternut squash

Like something that only happens in the movies, Amazing Grace went out for dinner with the stranger she met one lunch time in Madison Square Park. 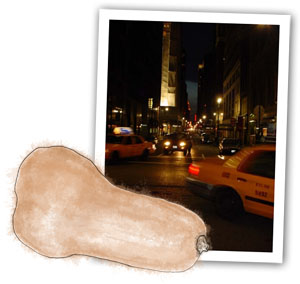 The restaurant terribly chic and terribly Chelsea – Grace calculated that they were the only straight couple there. It was the kind of place that serves market fresh seasonal specials from chalk boards and never needs to rub out the words “organic” or “corn fed” or “side of polenta”.

So they ate poussin, which was a little dry, with roasted butternut squash that tasted like sweet manna from heaven and chatted about everything under the sun.

Alex, it seemed, moonlighted from his office job as often as he possibly could as a jazz pianist.  He clearly loved it. This filled Grace with a sense of impending dread – she had sat in velvet shrouded underground village haunts before, listening to singers flicking their cheeks to make a percussive tapping sound, and singing do-be-do-be riffs to a rhythm that was evidently ringing loud and clear in their own heads, though sadly not in anyone else’s. She had suffered through lengthy drum solos with copious castanetting, and feigned interest in original tone row compositions written by jobbing bass players. Dating Alex would surely lead to more of the same.

Eventually, sensing the dip in the mood, Alex called her up on it.

“Sometimes it can be a bit Emperor’s got no clothes.”

“You know, like in the story where the emperor wants new clothes and the tailors tell him that only someone clever can see the cloth and he doesn’t want to say he can’t see it, so then of course nobody else wants to admit they can’t see it, but all the time, the emperor had no clothes on.”

Grace chewed her butternut squash in silence for a moment. She’s probably blown this one. She shouldn’t have said a word against jazz. It always led to trouble. A disagreement on politics would have been fine. Movie Genre conflict was a storm they could have weathered, sweet v salt popcorn, animal v human charities even. But jazz was divisive like that.

Eventually he smiled. “There’s something to that. Last week we were tuning up before a gig and the audience all started clapping. I guess they thought that was the song.”

Later Grace buttoned up her coat for the first time in forever and he took her arm as they walked through the freshly autumnal city.

“I live just around here” he said.

And there it was, the unspoken question rearing its head like a beaming naked emperor between them.

In my experience a healthy absence of experimental jazz coupled with an excess of roasted butternut squash can have that affect.

Butternut squash is my favorite vegetable bar none. I know that I picked the restaurant that was the scene of my engagement because it had something with butternut squash on the menu – though after Jonathan decided after many years of dating to make an honest woman of me I was so surprised I have no memory at all of what I actually ate.

It’s also the only food to have literally put me to bed. A bowl of roasted squash soup with a drizzle of maple syrup knocked me out for the afternoon when I ate it for brunch with Jon a few weeks ago. That said, brunch followed by an afternoon in bed is not necessarily a bad thing … 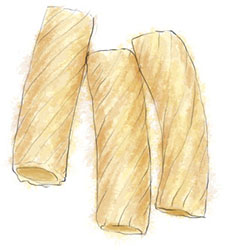 This entry was posted in This Dinner Will Get You Laid and tagged Autumn, butternut squash, cream, experimental jazz, fall, feta, Grace, manna from heaven, pasta, pecans, recipe, rocket, sage. Bookmark the permalink.

4 Responses to The emperor gets naked, and Grace coyly isn’t telling – with a side order of butternut squash