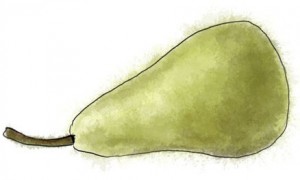 I met Lizzy in Columbus Circle for wine and macaroons and to offer my opinion on which of two Coach bags was the cuter, and found her in a rather more than usually agitated state.

In recent months she has been mostly blissed out on love, which she discovered, along with handsome teacher J halfway up a mountain on a climbing holiday back in August. But it seems that the holiday weekend has been something of a trial.

â€œAfter dinner instead of letting us all have a nap on the sofa like normal people, his parents made us play games. We had to name all the state capitals on a map. That was one of the games. And we had to solve anagrams of types of fish. And we played wink murder. J and all his family were having a great time. And I was watching, and it was like an out of body experience. I could see every Christmas and every Thanksgiving forever rolling ahead of me and I was sitting in the same chair getting older and older, playing Apples for Apples and I suddenly felt seriously depressed.â€

â€œYou could go to your family for half of the Thanksgivings and Christmasesâ€ I suggested.

â€œThatâ€™s still a lot of organized fun,â€ she said glumly.

And she has a point. If you hate games, or simply get stuck with a game you canâ€™t stand, the minutes can drag by unbearably slowly. Personally, I love a good family game â€“ Pictionary? Count me in. But a few Christmases ago â€“ in fact, it was Jonâ€™s first Christmas with my family â€“ we played a game involving Kazoos. The idea was one team would kazoo a popular Christmas carol and the other teams would try to guess what it was. I know â€“ what a great game, right? Jonathan attempted Good King Wenceslas and stopped. His Kazoo wasnâ€™t working. He requested and was given another. He tried Winter Wonderland. That Kazoo was broken too. He was given another. At this point, Cousin Richard noticed that Jon was blowing rather than buzzing into the kazoo. Everybody apart from Jon found and still finds this amusing. Families are strange things.

From Apples for Apples to Pears for Pears, and a happy find at the fruit stall on the corner â€“ pears on special offer. Though theyâ€™re a little on the hard and nubbly side, and are crying out for heat and a light basting of honey. Rich sweet pears, tart melting cheese and a fresh zingy salad piled on top. Just the right mixture of fresh (and not even slightly thanksgiving-ish) and warm and comforting for a perfect Monday Treat. 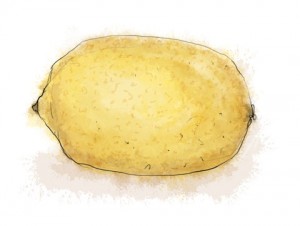 If You Can Make That You Can Definitely Make This: